The son of Hall of Fame motorcycle racer Bruce Penhall, who reportedly was killed by a drunk driver, was part of a contract crew working for Caltrans on the 10 Freeway in Baldwin Park, police said.

Connor McDermott Penhall, 21, of Corona, was struck about 11:45 p.m. Wednesday on the westbound side of the freeway by a Toyota Rav4 that drove through the construction barricades, said California Highway Patrol officer Kerri Rivas.

KTLA-TV reported that Penhall was the son of Bruce Penhall, the former motorcycle racing champion and TV and film star.

The younger Penhall attended Lee Pollard High School in Corona, according to his Facebook page.
He also rode motorcycles, competing along with his brother in a series of off-road races, like the Baja 500 in Mexico, under the Penhall team name. 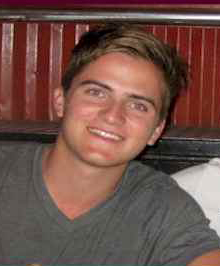 His brother, Ryan Penhall, posted on Twitter: “You never know what you have until you lose it.. Don't call me.”

Investigators believe the driver, Tatsuhiko Sakamoto, 37, of Arcadia, was under the influence of alcohol. He was arrested on suspicion of vehicular manslaughter, DUI and driving without a license.
Bruce Penhall retired from racing after he won his second world championship in 1982 in front of his home crowd at the L.A. Memorial Coliseum. He then joined the cast of the television series "CHiPs."
at 2:30 PM 70 comments:

With the Help of Aimee Vierra, Elva Diaz Gets off Easy in DUI Murder Case.

Facts the Jurors Did Not Know About Elva Diaz:

Diaz was at the wheel of a pickup truck that slammed into a sedan driven by 18-year-old Rachel Amaris Elliott of Irvine on Feb. 20, 2008.
Former EMT convicted of killing young woman while driving drunk
:: The Valley News

"Nothing can bring Rachel back," the young woman's mother, Jill, said tearfully outside the courtroom. "I don't think you can ever have closure when your daughter is violently killed."


Jurors spent about a day deliberating before finding Diaz guilty of the manslaughter count. The panel could have convicted her of second-degree murder, which would have carried a minimum 15 years to life prison term.

"We're disappointed that the jury didn't go with the murder conviction, but we respect their decision," said Rachel's father, Steve Elliott. "We're at peace with letting the justice system work."

He, his wife and Rachel's brother, Erik, remembered the 18-year-old UC Irvine student as "vivacious and affectionate."

"Everyone used to say she lit up a room when she walked in," Jill Elliott said. "She was very loving and had a great sense of humor."

Johnson ordered Diaz held without bail until the sentencing hearing. She was being held in lieu of $5 million bail at the Robert Presley Detention Center in Riverside.

According to testimony from her approximately week-long trial, the defendant had spent hours drinking with her boyfriend and other associates at Sportsman's Bar on Temescal Canyon Road in Corona before taking off in her truck and heading south on Knabe Road.

Placentia police Detective Zachary Palumbo, who was dating Diaz at the time, testified that both he and the defendant were under the influence and that he tried to dissuade her from driving away, but she refused to listen.

The lawman opted not to exercise his authority and attempt to physically stop her from leaving the parking lot that night. He walked home.

Diaz traveled less than a mile on Knabe before crashing into Elliott's vehicle. According to the District Attorney's Office, Diaz crossed into opposing traffic near Claystone Avenue and ran straight into the victim at a high rate of speed.

The former emergency medical technician's attorney, Deputy Public Defender Aimee Vierra, argued that her client was not guilty of second-degree murder because the law states that a murder conviction is only justified if a defendant who caused a fatal crash while drunk had knowledge of the potential deadly consequences of his or her behavior.

"There was no warning about the dangers of drinking and driving in this case," Vierra said.

Diaz posted a $75,000 bond after her arrest and months later left the country, traveling to Santa Cruz De Camotian, near Guadalajara, Mexico, where authorities located her last August and had her extradited back to the United States.

According to Vierra, Diaz was not technically a fugitive because her bail bond had expired and prosecutors had not filed a criminal complaint against her by the time she went south of the border.

Elliott was studying to be a forensic scientist and, ironically, had been an active participant in her high school's "Every 15 Minutes" program, which emphasizes the dangers of drinking and driving.
at 6:28 AM 56 comments:

IRVINE, Calif. (KABC) -- Irvine teenager Ashton Sweet, 14, has been declared deceased, according to the Irvine Police Department. Sweet was riding in a car struck by a drunken driver Sunday.

﻿
Sweet's parents had made the determination to allow for organ donation, according to the Orange County Sheriff/Coroner's Office.

Sweet and three of her girlfriends were being driven home from a birthday party about 1:15 a.m. Sunday by the father of one of the girls, when they were hit by a suspected drunk driver in a Toyota pickup truck. The collision occurred at the intersection of Culver Drive and Irvine Boulevard.

Two of the girls in the car with Sweet were hospitalized and then released. A third passenger, a 15-year-old girl, remained in critical condition Tuesday but was expected to survive.

The driver of the truck, 26-year-old Austin Farley of Irvine, remained in custody on $1 million bail for suspicion of felony drunk driving. He was scheduled to appear in court on Wednesday. Court records show Farley has a long criminal history and pleaded guilty to DUI in 2009.

Sweet was being kept on life support so her organs could be evaluated for donation. She was declared dead Tuesday afternoon.

Friends showed their support Tuesday for Sweet. Almost everyone arriving at Northwood High School Tuesday wore white in honor of Sweet, who was a freshman cheerleader.

"Instead of wearing black, we want to remember her for wearing white," said 10th-grade student Daniel Yoo. "So we can remember her sweet life as she lived and how nice she was."


A vigil was also held at the scene of Sunday morning's crash.
"He took the life of one of the greatest people I've ever known," said friend Leah Nawav. "Her last name defines her. She was always sweet. She's going to be missed a lot."
"If it was an accident, people would be like, 'OK, it's an accident,'" said friend Arman Ghomi. "But when it's a drunk driver, the guy was irresponsible and the guy shouldn't have drank. It's just too many people die from drunk driving."
All week, Northwood High's principal is bringing in extra counselors.
"It certainly won't be business as usual," said Principal Leslie Roach. "A lot of kids in our community were absolutely devastated by this accident."
Students said seeing the sea of white helps them cope.
"Even though it is such a sad event it kind of brings the community as a whole," said 10th-grade student Ryan Tran.
(Copyright ©2011 KABC-TV/DT. All Rights Reserved.)

Once again another young life taken for the sake of a drink.

Father and son were driving from their Buena Park home to the school campus to meet classmates for a speech and debate tournament around 5:30 AM. 18-year-old Rafael Lopez of Anaheim ran a red light and struck Uselton's car at a hight rate of speed. Like most drunks - Rafael Lopez walked away with minor injuries. 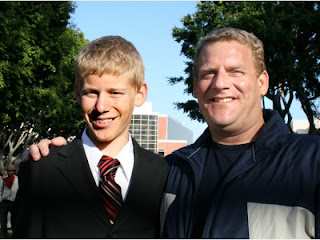 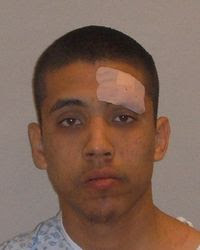 Fugitive [Elva Diaz] Captured in Mexico. She is now behind bars in Riverside, CA. 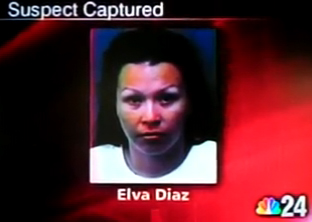 The woman authorities believe is responsible for the 2008 drunken driving death of an Orland teenager was extradited from Mexico to Southern California earlier this week to face murder charges. 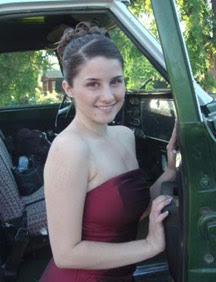 Elliot, 18, died early the following morning in a Wildomar hospital. She graduated from Orland High School in 2007. 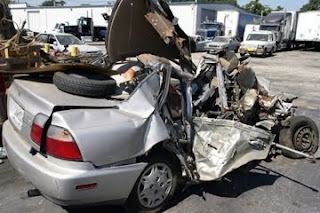 “Officers investigating the crash found that Diaz was an ambulance driver and an emergency medical technician and that she chose to drive even after being told not to by her boyfriend and others at a bar, where she had been drinking prior to the crash,” Pacheco said.

Her reported blood-alcohol level at the time of the crash was .20, nearly three times the legal limit, according to investigators.

Diaz, 31, reportedly fled the state in 2008 after posting bail and sought refuge from family members in the remote Mexican town of Santa De Camotlan, which is about 2.5 hours outside Guadalajara.

Diaz was arraigned Thursday in Riverside County Superior Court, but did not enter a plea to charges of murder, vehicular manslaughter while intoxicated and driving on a suspended license for a prior DUI, according to Riverside County Jail records.

Diaz remains in custody at the Robert Presley Detention Center in Riverside in lieu of $1.5 million bail.

She is due back in court for a bail reduction motion Monday and on Aug. 12 for arraignment.

John Hall, a spokesman for the prosecutor’s office, said despite frustration over the two-year delay, investigators stayed on the case and “were adamant about tracking this defendant down.”

“Any time there’s a death involved, we make it a high priority to seek justice for the family,” Hall said in a telephone interview Friday.

“Once we obtain information that she was staying with relatives, we followed that until she was apprehended,” Hall said.

Diaz is a U.S. citizen originally from West Covina, but was living in Corona at the time of the crash, Hall said.

Elliot was living with extended family while attending the University of California, Irvine, working towards a career as a forensic investigator.

Remembered by friends and family as a top student with a good-natured friendly attitude, Elliot was well known in Orland, despite only living in the community for just four years.

Orland schools Superintendent Chris von Kleist called Elliot “a great person” said her death was “a total tragedy” for anyone that knew her.

“I’m glad they finally caught someone and I hope she pays for what she did for a very long time,” von Kleist said Friday.

Steve Elliot, Rachel’s father, said he was relieved to hear authorities had finally made an arrest.

“It’s taken a long time to get to this point,” Elliot said Friday. “But, obviously, nothing can bring Rachel back.”

Elliot said he was thankful for the continued efforts of the Riverside Fugitive Task Force, which kept his family abreast of developments and helped them to never lose hope.

The father said that he and his wife, Jill, along with their 19-year-old son, Erik, have struggled with their tremendous loss in every way imaginable.

If the case goes to trial, the Elliot family plans to attend as much as possible, Elliot said.

Saying he hoped Diaz would be held accountable and face the consequences for the pain his family has suffered.

While acknowledging that nothing is likely to quell his family’s tremendous grief, he is now hopeful that the person investigators believe to be responsible will not simply get away with it.

Diaz has not been convicted of any crime.

“Rachel was a good girl who had dreams and hopes and plans and her life was just snuffed out by some irresponsible person - there has to be consequences for that.”
at 11:16 AM 16 comments: