Friends of 16-year-old John Daugherty say he and two of his friends- Racheal Slade and Shane Stanridge- were driving back from a night of hanging out at a nearby lake, when they were hit head-on by a suspected drunk driver. 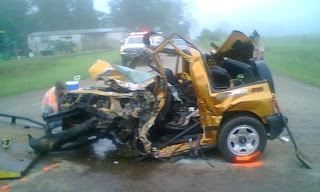 Troopers with the Tennessee Highway Patrol say the driver of an F-150, 29-year-old William Ottman, crossed the center line and slammed head-on into the car full of teenagers. Troopers say John and Racheal, 17, died on impact. Shane, 18, who was riding in the front seat, is in serious condition at UT Medical Center. 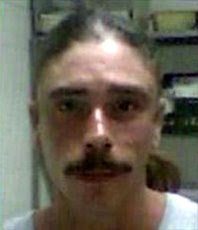 Troopers transported the almost unrecognizable Chevy Tracker and the mangled F-150 to the department of transportation headquarters in Sequatchie County for storage.

Posted in memory of Rachel Elliott, killed by a drunk driver 2/21/08